I am a painter and art tutor living in the Nelson region of New Zealand. Majoring in Painting and Theory of Art, I had a classical training at Rhodes University in South Africa, under the guidance of Noel Hodnett, a highly regarded South African painter.

I had enrolled to do a journalism degree, and never considered art as a career subject at school. When accompanying a friend on a drawing assignment to a cemetery, my life path changed: It switched something on in me.

After drawing all weekend, I approached Prof. Robert Brooks, head of the Art School on the Monday, intending to add an art paper to my B.Journ course. Instead, I was persuaded to switch degrees and embrace the Bachelor of Fine Art.

On completion of my BFA, I received recognition in the mainstream South African art market, winning a merit award at the prestigious Absa L'Atelier Competition in 1989 with my large scale cityscape "Prisoners of Our Own Device".

The painting was bought by the Durban Art Gallery and then filmed as part of a South African TV series, 50/50, which went on to be featured in the BBC production “The Right to Hope - One World Art” which was screened worldwide, marking the 50th Anniversary of The United Nations.

I returned to Rhodes, graduating with a Master of Fine Art in 1995, with cityscapes my primary subject matter, some of which were bought for significant corporate collections in South Africa.

In 2000 I immigrated to New Zealand with my husband and two young sons and settled in the Tasman Region. Within the first five years of immigrating I had three solo exhibitions at Red Gallery in Nelson where I started to explore the New Zealand landscape as a subject too.

I have also painted or assisted with a few murals: a kindergarten in Grahamstown, SA, Dovedale Playgroup, the horticultural mural in Motueka, a café in Sorrento Australia, and a community mural on the Dovedale Hall. 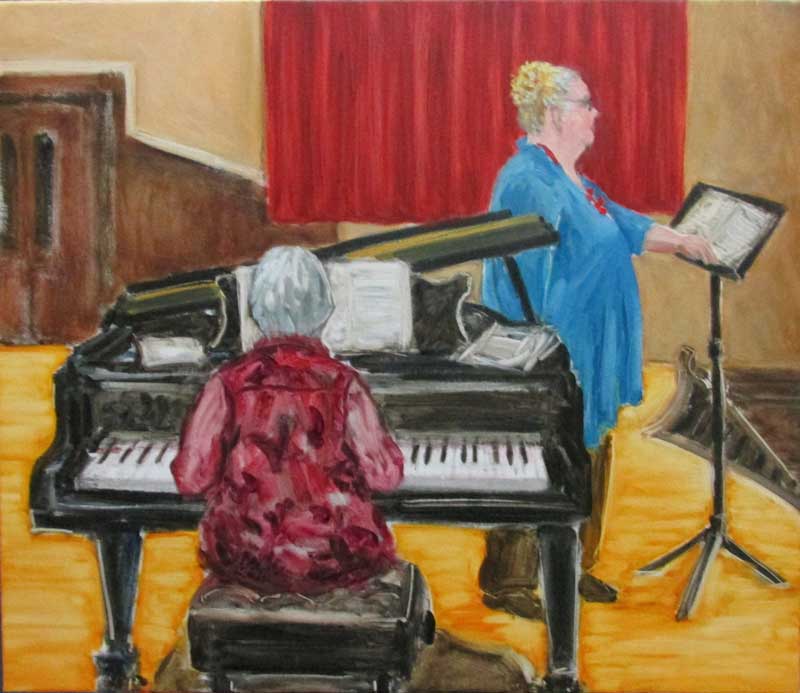